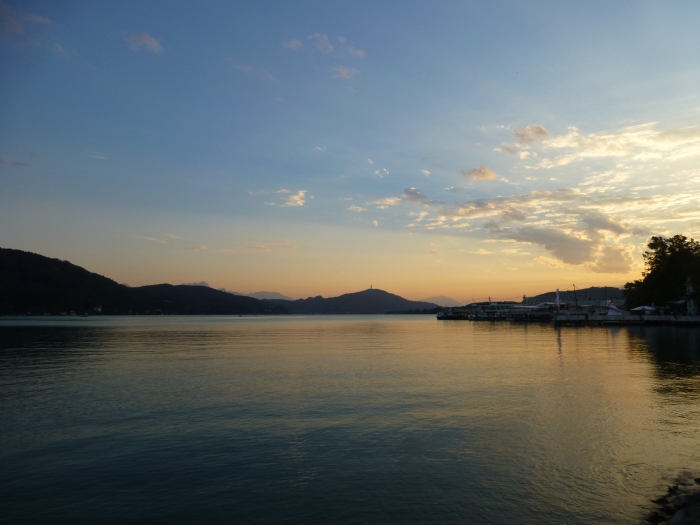 I’ve finally done it.  I’ve paid off all my credit cards.  It’s a goal i’ve had for about 3 years, and though I virtually thought about it everyday and willed this moment to come, I can’t really believe it has.  I made the final payment at the end of June when I was paid, then promptly jetted off for a ten-day holiday!  The holiday was pre-paid of course 🙂

I’d say that it feels like a weight off, but I don’t think it’s really sunk in yet.  Actually I think it might not properly do so for another month or so, because all the spare cash from this month’s pay will go straight to Uni to pay for my final PgCert that i’m studying.  I’ve been humming and hawing about whether to take the last of three PgCert courses this September, or next, which is the final year I can start the course for it to count towards a MSc.  I changed my mind daily for about 2 months – on the one hand I just want a fecking break from having so much on all the time, but on the other hand I just want to get do the course and get through the other side.  So……I decided to start this year, as it gives me the option of studying over two years instead of one. So that’s that.

Anyway, I paid off my debt and jetted to Munich for a couple of nights before getting the train down to Klagenfurt in Austria, to spend a week with Nicky & Grant, and support Grant in completing the Ironman.  Let’s just say that despite a non-bettie swim and horrendous thunderstorms on the bike course, he totally smashed it 😀  Woo hoooooo!

Klaggers is such a beautiful place, and having a good week to completely relax (well, not for G!) was exactly what the doctor ordered.  Work and life has been pretty busy of late, what with moving back to Scotland, starting my new role which is busier than I was anticipating, and trying to get my head round the job,  new team and more responsibilities.  I’m loving it all, but I was glad of a break to recharge.  Quite honestly though we didn’t really want to come home, ha!  With views like this every day, who would? 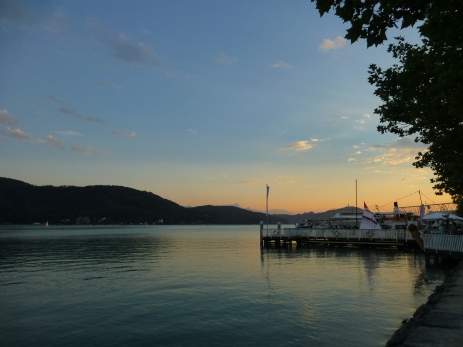 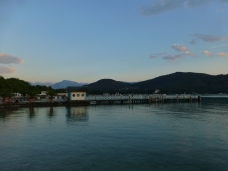 Nicky and I ran the IronGirls race on the Saturday, a mere 4.2K in the roasting 32C heat, and honest to god I felt as though I was doing the bloody Ironman. We made it round despite the heat, and my utter lack of fitness, even managing to knock a minute or two off last year’s time which we found utterly hilarious.  This was clearly down to the fact I’d bought myself a brand new pair of Oakley sunnies at the Ironman expo, and clearly they made us more speedy, haha!  The upside of being debt free and sticking to a budget was that I’d actually saved up more spending money than I needed, and I knew I wouldn’t need it all to get me through the week, so new sunnies were bought.  I also came home with some spare cash which was great.

So, all in all this has been a fantastic year so far.  I got a promotion at work, moved countries, finished my second PgCert, paid off my credit card debt and cash flowed both holidays this year, even coming back with cash on the second one.  I’ve managed 170 days in a row of meditation, which really helps to manage the stress that can come with being so busy sometimes.  I know being busy is my choice, and that’s fine because I prefer to have a lot going on than having nothing to do, sometimes I just get the balance a little wrong!

Despite that, i’m very happy with everything that i’ve done/i’m doing, and having worked hard and focussed on my finances i’ve achieved something I wasn’t sure i’d ever do.  In terms of financial management, my behaviours are so different from what they were when I got into debt, so I will never go back there. Ever.  Lots of boxes have been ticked, and i’m in a good place.

As ever though, and as amplified by hauling my arse round a short but roasting race course last Saturday, the one thing that STILL is out of my reach at the moment is health and fitness.  I know i’m really good at carving out time for all the other things I get involved in, but i’m not good at carving out the time and space to sort my shit out when it comes to eating and exercising.  I know that doesn’t make sense, and i’ve thought of nothing else for the last couple of weeks.  I think ultimately i’m scared.  Scared of having gotten to the place where my body feels like it’s 70 years old and ageing rapidly.  Scared of the hard work that comes with exercising an overweight body, and scared of the few weeks of feeling bleurgh that comes with sorting out nutrition.  I think that even though i’m prepared to work hard in every other aspect of my life, i’ve never worked hard for my health because for me it’s harder than all those other things combined. In a nutshell, it boils down to one thing – i’m utterly terrified that I won’t be able to do it, and i’ll fail.  If you don’t start, you can’t fail.  Except actually you’ve already failed by not starting. It’s taken me a long time to admit this to myself, but it feels like a weight off admitting it.

However, at the end of the day, I’m not getting any younger, so it really is time to face those fears and do them anyway, because I have a real sense that time is running out to make significant changes, and I don’t want to just get away with it anymore.

Wish me luck because i’m really going to fucking need it!

….and if you got this far, well done!